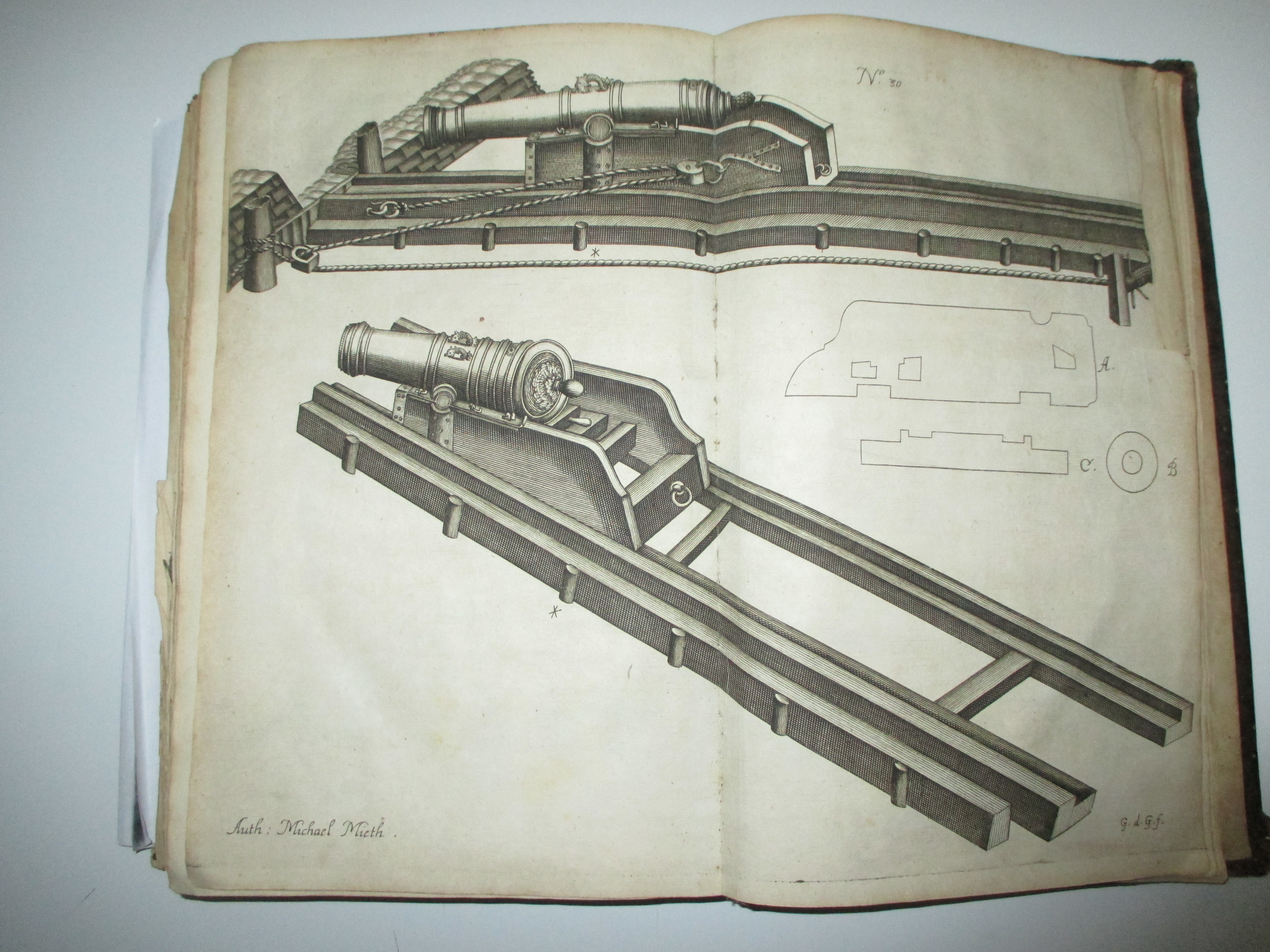 Second edition, identical with the first edition, one of the most important works in the field of artillery of the 17. century, dedicated to the emperor Leopold the I. The editor, Michael Mieht (died in 1686), most likely the most famous artillery-expert of his time, was lieutenant-general in the Austrian army and played an important roll in the defence of Vienna against the Turks. The first part deals with the construction of cannons, part two deals with smaller cannons, which are easy to transport, part three deals with shells, mortars and similar explosives, part four explains how to use cannons in the most effective way. The whole oeuvre gives a detailled impression of all aspect of artillery at the end of the 17th century. The engraved plates by Gerard de Groos, after designs by the author, are very illustrative with many details, measurements etc. - Missing the engraved title and plate 7, only ocassionaly some browning; binding a bit rubbed, top and bottom of spine with menor faults. In all still a good copy of this rare work. - Paisey M 1084 (without plate 32); Jähns II, 219 (extensively).