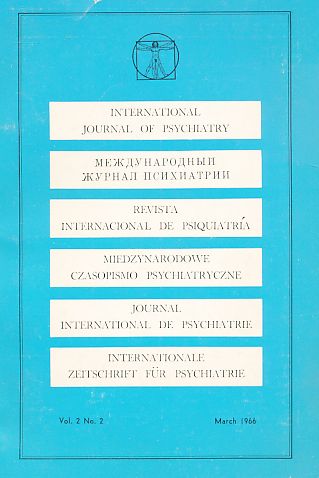 Gutes Ex.; Einband etwas berieben; geringe Gebrauchsspuren. - INHALT : Editor's Notes / - Orientations Toward Death: A Vital Aspect of the Study of Lives - Edwin S Shneidman (U S A ) - Since the concept of death is a semantic confusion, more useful concepts are proposed: cessation-the stopping of the potentiality of further conscious experience; termination-the stopping of the physiological functions of the body; interruption-the stopping of consciousness with the expectation of further conscious experiences; and continuation-experiencing no interruption, but a stream of temporally contiguous conscious events - Discussions: - Avery D Weisman (U S A ) - Shneidman shows that the inner attitude of suicidal patients cannot be reduced to a single formula He urges us to think again about our conventional notions of life and death - Karl Menninger (U S A ) - Freud's concept of the death-instinct helps us understand how it can be that some people kill themselves quickly and some slowly and some not at all There are three components to suicide: it is a murder, it is a murder by the self, and it isa death in which the murderer and murdered are combined - Koji Sato (Japan) - Even Zen masters have their individuality, and their ways of leaving this world are different from one another Master Gempo Yamamoto's way of passing is specially interesting in Shneidman's classification Usually ripe fruits fall down unintentionally, but this fruit fell down intentionally, being ripe enough - Robert E Litman (U S A ) - Shneidman applies psychodynamic concepts to the classification of deaths The result is a new scientific view of self-destruction avoiding the sociolegal connotations of suicide - Reply: Edwin S Shneidman (U S A ) - The comments that have been made about my essay are insightful and generous My interests have moved from a specific concern with suicide, to a broader interest in death, and currently to a deep interest in and concern with what I consider to be a still wider topic, namely, inimical patterns of living - A Soviet View of Group Therapy IS V Ivanov (U S S R ) - The influence of the group upon the personality is highly manifest in a socialist society The goals of Soviet group therapy are of adding depth to the clinical objectives and of returning the patient to his primary activity in society as a member of a production team - Discussions: - Jerome Frank (U S A ) - Although the goal of treatment in America is usually couched in such terms as enabling the patient to become better able to fulfill himself, it may be closer to Soviet group therapy than Ivanov realizes - S H Foulkes (England) - Only group analysis is completely opposite of the Soviet point of view Western culture throws a much greater burden on the individual Conflicts are increased, internalized, and dynamically unconscious Correspondingly, however, we develop more trust in the individual and we do not feel that his awareness of conflicts in his culture is in any way threatening - Herbert O LeVine (U S A ) - Ivanov emphasizes empiric retraining, neglects etiology, dismisses the unconscious, and mutilates and deforms the meaning of dynamic theory Despite his manifest position, however, there seem to be areas of latent agreement - J L Moreno (U S A ) - This excellent article suffers from two major fallacies: that science differs in bourgeois and Communist countries, and that group therapy in the United States is based largely on psychoanalytic theory - The Theory of Positive Disintegration Kazimierz Dabrowski (Poland) - When personality disintegration (distress and anxiety) is followed by secondary integration at a higher level, it can be regarded as positive Such positive disintegration is found in periods of developmental crisis, - during severe external stress and sometimes even in psychoses - Discussions: - Jason Aronson (U S A ) - The strength of this theory is in the emphasis on "psycho-pathology" in normal personality development The weakness - is in the loose definition of its concepts - O Hobart Mowrer (U S A ) - This is a point of view which is destined to receive increasing attention and acceptance We shall vainly continue to seek "psychological integration" (or so-called "mental health") until we recognize the central importance of personal integrity - A Mental Health Center in an Underdeveloped Country - K E Schmidt (Sarawak) - (continued from Vol 1, No 2) - Reply to the Discussants: - K E Schmidt (Sarawak) - The translation has distorted sentences considerably No single psychiatrist for a large area is able to do extensive research in his spare time I see my task as providing sound data and detailed ethnopsychiatric studies - Reply to the reply: - Nathan S Kline (U S A ) - In my remarks I predicted that as a result of the review it was unlikely that I would ever be invited to Sarawak Not only was I invited to Sarawak but I accepted, and now I am cooperating in an exciting research project comparing psychiatric disorders in the three quite different major cultures to be found there - Recent Books.